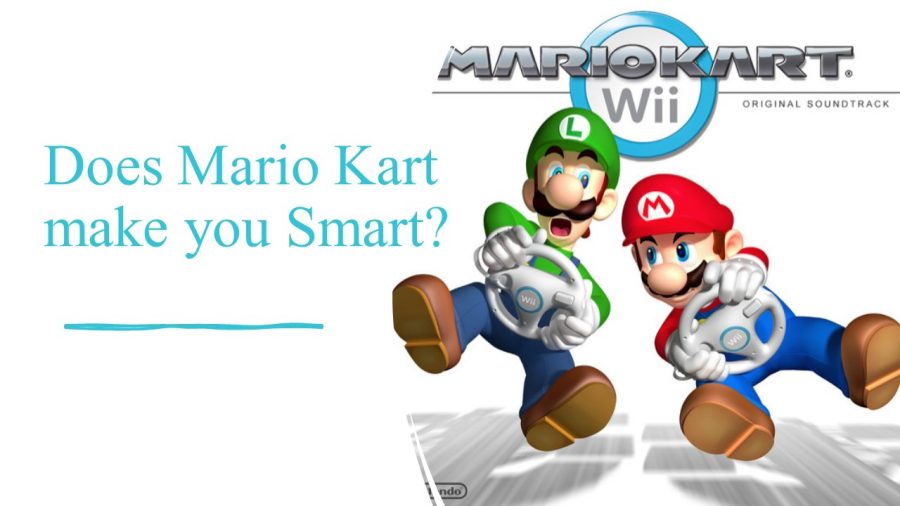 It’s no secret the social media app “TikTok” is taking the world by storm with its trends, insights, and overall groundbreaking content, but recently it’s taken a more scientific turn. This time last year, a very unorthodox trend surfaced where people would listen to the “Mario Kart Wii” soundtrack while doing homework, claiming its improved speed, quality of work, and overall efficiency. After hearing this, most people would try it themselves, but I took that idea one step further, putting it to the test on a much larger scale with some fellow students of mine.

I went into this experiment with a simple hypothesis: Listening to the soundtrack improved speed, quality of work, and overall efficiency since our brains associated this music with playing the game itself, where these three pillars were essential to winning 1st place. This would explain why people who didn’t already play the game weren’t affected by the music because their minds hadn’t associated it to the three factors mentioned earlier. I split my test subjects into two groups: the experimental group, who listened to the music while working on an essay, and a control group, who did not. Both groups had an even mix of people who had and hadn’t played the game before to test the idea of mind association mentioned earlier. Each group was given one hour to work on an essay (listening or not) and were told to send me how many words they typed and how productive they felt they were on a scale from one to ten (ten being the highest).

After analyzing the results, I’d say my hypothesis was pretty spot on. The control group had an average productivity rating of 6.3/10 and typed an average of 504 words, whereas the experimental group had a productivity average of 7.3/10 and typed an average of 621 words. We see even wider margins in terms of previous players vs. non-previous players, with non-players averaging 6/10 on the productivity scale and players averaging 8/10. Students in the experimental group said they felt “in the zone” while the music was playing. One student even said the flow of the music helped them type faster, which is similar to the speeding up of the music in the third (and final) lap, influencing players to think and react more quickly.

Overall, it’s safe to say that this unusual trend is actually truthful; therefore, whenever you’re buried in math homework or struggling with writer’s block, jamming out with Mario and friends might just be the perfect solution.

*Special thanks to the Seniors in A.P. Lit, who were the test subjects for this experiment*