Adesanya Reigns On After Costa Defeat 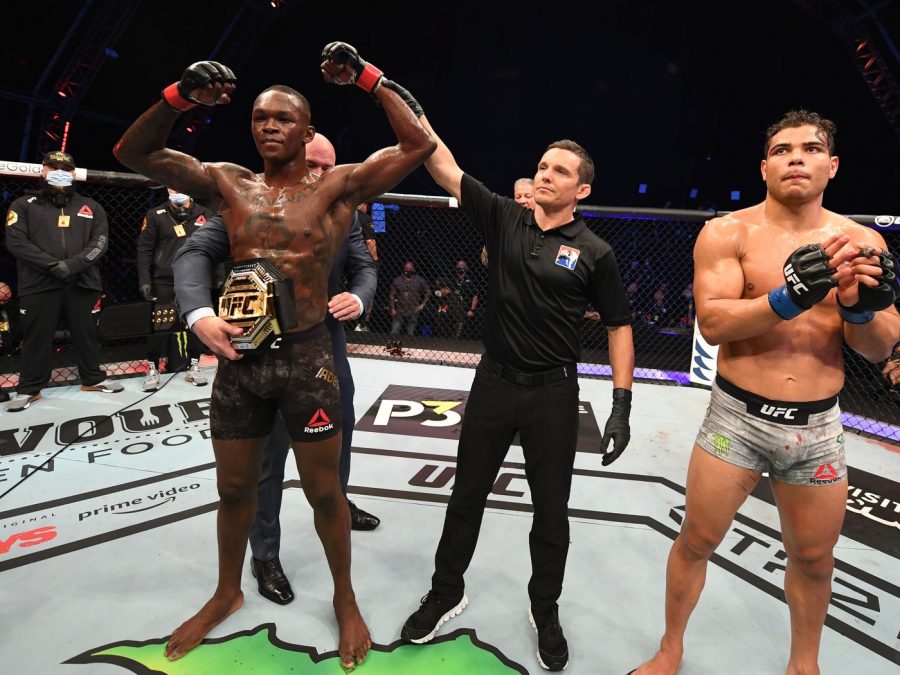 This past Saturday, September 26th, UFC’s Israel Adesanya defeated Paulo Costa in the second round of their championship fight at UFC 253. Adesanya, also known as “The Last Stylebender,” brought his 19-0 UFC career to an impressive 20-0 as the reigning Middleweight Champion. He boasts five of those wins by TKO, including the one over Costa.

The first round saw Adesanya deliver over ten leg kicks to Costa, contributing to an inflamed calf. Costa was a worthy opponent, having been undisputed himself, but wasn’t quick enough to stop Adesanya’s lightning fast strikes. Ultimately, he brought Costa to his knees and secured the victory. This Saturday night win also earned him his fifth Performance of the Night Award.

As the main event of Saturday’s matchups, Adesanya’s title defense did not disappoint. Earlier in the night in another title opportunity, Jan Blachowicz impressively beat Dominick Reyes in the second round to become the new Light Heavyweight Champion, which has been up for grabs since Jon Jones relinquished it on August 17th.

Amongst those riveting title matches was a slew of other enchanting victories. Both Ketlen Vieira and Hakeem Dawodu won by decision over their respective opponents, Sijara Eubanks and Zubaira Tuhugov. And surprising everyone was Flyweight fighter Brandon Royval’s win over Kai Kara-France after he succumbed to the submission maneuver called the Guillotine.

ESPN speculates that Adesanya’s next opponent will be the winner of the matchup between Robert Whittaker and Jared Cannonier on October 24th. Their fight is scheduled on Pay-Per-View for UFC 254.