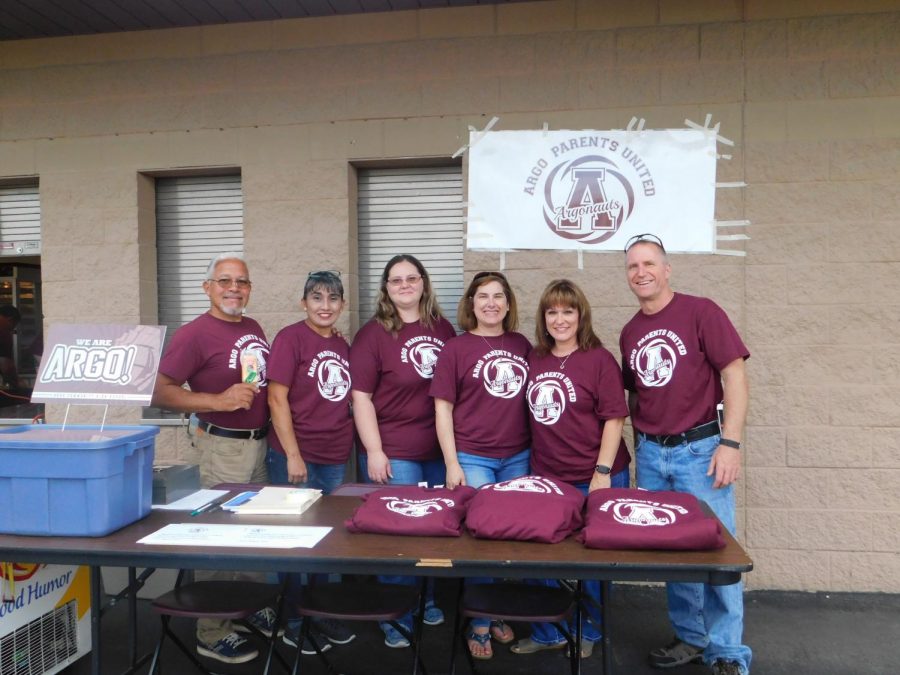 Parents United is a revamped organization here at Argo that has risen in popularity and primarily focuses on including parents in the educational processes here at Argo. I got a chance to catch up with Mrs. Sinks, the President, and Mr. Zwijack, a Board of Education member and one of the Vice Presidents of the organization.

The meeting I attended was a parent workshop aimed at teaching parents how to use Canvas and Powerschool to monitor their student’s grades. Mr. Zwijack said, “It’s an opportunity for parents to get involved and to interact with students.” Mrs. Sinks added that the sole purpose of Parents United is to bring more parents out to Argo functions. Mrs. Sinks wants to, “let kids know that [they] are involved and that [parents] are a presence around Argo.”

Mrs. Sinks and Mr. Zwijack host meetings every month, with the help of Dr. Kingsfield, and at those meetings they decide what they’re going to do for the students and teachers of Argo. From there the parents collaborate on how to go about doing good for the school. In the past, Parents United only had a couple of meetings with low turn out to fundraise for Argo scholarships. Now with the addition of their new President, Mrs. Sinks, and our new Superintendent, Dr. Kingsfield, the organization consistently brings in a handful of new parents with a variety of ideas.

Mr. Zwijack then went on to say that since the organization has had such a large attendance this year they want to see what else they can do in and outside of school that can benefit the community. For example, many of the parents volunteer at Toyota Park. They have really blown up this year, a big contributor being word of mouth. Mrs. Sinks said, “we’re just trying to get it out there,” whether it’s through the new Superintendent, social media, or the homepage.

The two then went on to say that they were excited for upcoming meetings because they had a ton of parent enrollments at registration, Maroon and White Night, and Back to School Night. Mrs. Sinks was ecstatic, “We just told parents what we’re about and what we’re trying to do and [parents] were happy to join.” In previous years they have had about 20 enrollments overall and less than 10 parents in attendance to monthly meetings. This year they’ve had over 30 parents in attendance and a skyrocketing influx of enrollments.

Parents United has become a prevalent part of Argo and won’t be going away anytime soon. Mrs. Sinks and Mr. Zwijack want to let parents and students know that their organization is a way for parents to learn and to connect with others. This organization prides itself on bettering Argo, and I think we can all stand behind that.